The crackle of the exhaust was like nothing you’ve ever heard, popping and snapping it idle, booming down the solid brass 4.0 inch diameter pipe that ran almost the length of the car. This crisp bark wasn’t the plebeian putt-poutt-putt of the Ford Model T.

It certainly didn’t look like a T: The torpedo shaped body had no doors and ended in a teardrop tail. And it was low, not teetering high above the earth like a T.

But a Model T it was, a Model T speedster, a hot-rod from the brass era and after. Not racers, speedsters were the product of youth and the suddenly affordable automobile. The used Model T sold for around $25, which even at that day’s wages was cheap. Almost any shade tree tinkerer could strip the standard bodywork to come up with the most basic form of speedster, and for the ultimate, well, how much did someone wish to pay?

The first speedster probably debuted shortly after the T began pouring off the assembly line in 1909. Edsel Ford’s speedster of 1911-12 had a pointed radiator grill, a hood over the engine, a pair of bucket seats, a cylindrical fuel tank over the rear axle, and, of course, a Model T underneath.

The Model T engine was what the small block Chevy is today, borne witness to by magazines of the day running frequent speedster and racer how-to articles and ads offering aftermarket speed parts by the score. Cylinder heads with overhead valves, some hemis with double overhead cams and four valve per cylinder, were available as early as the mid-Teens. RAJO and Laurel heads were popular, but the Chevrolet brothers’ Frontenac head brought added reliability to Ford speed parts. An eight-valve “Fronty Ford” finished fifth at the 1923 Indy 500, to the delight of Ford speedster owners.

Crankshaft, connecting rods, pistons, all could be bought from bulging catalogs, as could chassis parts for racers and speedsters: Lowering kits, wheel bearings, and wheels. Bodies were available from various manufacturers (and touted for their improved aerodynamics) or the more handy could build their own from kits, plans or scratch. The speedster era went well into the 30s, ironically to be overcome by Ford’s introduction of the Model A and then the V-8, available even from the factory as a roadster. With the shine off the Tin Lizzie, most Model T speedsters wound up in the smelting furnaces of World War II.

Lately, however, parts and sometimes cars have emerged from barns and musty garages to re-create speedster enthusiasm. Take, for example, Dick Hautzinger of Crystal Lake, Illinois, a long-time Model T enthusiast who bought an engine and running gear for $50.

The engine, he learned, had a crossflow ohv Frontenac head and what is presumed to be a Green front engine cover with a Bosch magneto and oil pump for a pressure lubrication system. On the side of the engine a Zenith carburetor rested above a Hastings water pump, and underneath was cast aluminum oil pan. The engine first went into Hautziner’s T tourer but ran well enough to convince Dick that it deserved a more appropriate home.

What resulted after two-year study and work was the white speedster. Modifications and accessories are too numerous to fully detail here but all, save a modern turn signal switch, are circa 1925. The frame is narrowed in front to fit under the body (handmade by Hautzinger) and the springs underslung front and rear, lowering the car by 7.0 in and moving the front axle forward. Hautzinger made the exhaust pipe as well as a three-into-one header (center exhaust ports are siamesed).

A brass V-shaped grille, topped by “Fronty Ford” script molded into the brass, was handmade by Hautzinger. There’s also a brass vacuum fuel system and cast aluminum Edmund and Jones speedster headlights. The bullet-shaped lamps are slick, but despite a double reflector system, Hautzinger confesses they don’t throw much light.

Dick has put a Model A transmission behind the standard T planetary unit – first gear being ideal for parades. But for all-around driving the A transmission is left in direct high and the T transmission used.

The foot throttle would seem to make driving the T easier, but with the hand clutch and pedal for switching between high and low gears it only throws one more variable ino an alien control cycle. Low is very short, geared for torquing standard engined T’s through the mud. High is a real highway gear. The speedster, though no competition for even a Yugo, moves out smartly compared to a standard Model T. While the stock T would shake and strain to reach 40mph, the speedster lived up to its name by zooming easily to 50 and still had more left, but in the interest of keeping the rods inside the engine I didn’t explore the absolute limit. (A Ruckstell two-speed rear end, turned up in recent flea marketing, will be installed this winter to allow stress-free highway cruising). Keeping it straight at speed, however, requires much attention, and cornering on those inflatable rubber bands passing for tires is about what you would expect.

When I’m asked what my favorite car is, I always must equivocate. There really isn’t a single one. Or the other question is, what’s the best car? Well, best for what.

One thing left unsaid in this article, there were whole magazines dedicated to hopped-up Model T. And in those magazines, there were patterns for Model T bodies, paper drawings for you to take to “your neighborhood tinsmith” who in return would give you sheetmetal shapes to install on your stripped Model T. It was a different time, a different time indeed, an earlier age. 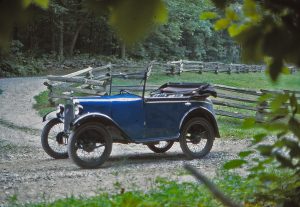 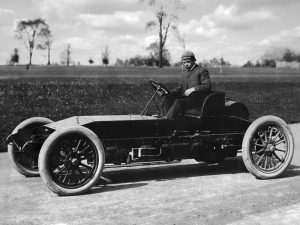 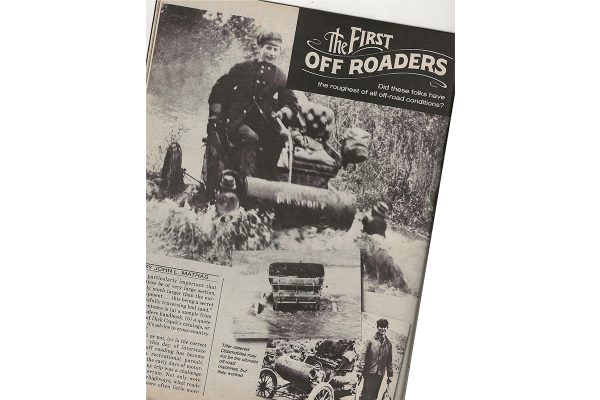 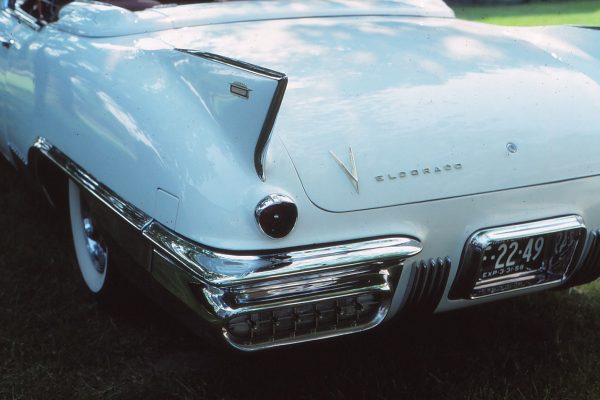 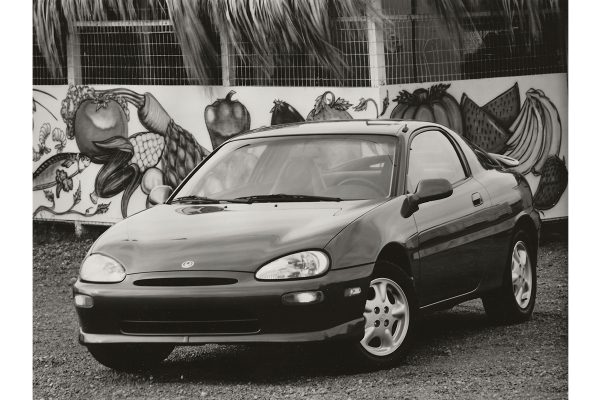