Ain’t no substitute for cubic inches. No matter how many camshafts you have, adding cubes is almost always a cure for lack of power – even in Italian exotic cars, which should never be lacking in the engine compartment.

While it got rave reviews overall, the Lamborghini Urraco P250 was shy a few ponies. With more than 80 horses per liter, its transverse midship 2.5-liter V-8 had a fine power-to-displacement ratio, but there just wasn’t enough engine, or torque (the 2.0-liter Italian tax version must have been very disappointing). A 3.0-liter variation late in the 2+2’s run helped a little, and that engine became standard equipment in the Urraco’s successor, the Silhouette.

Bertone’s Marcelo Gandini restyled his Urraco to produce the Silhouette, but the new car impressed few critics or customers. With Lamborghini short of funds, the Silhouette lacked proper development, and its Targa-style roof yielded a chassis about as rigid as a waterbed. So the Silhouette faded from existence in 1977, along with the Urraco P300. Only strong demand for the Countach, and the Mimran Group of France’s takeover in September 1980, saved Automobili Lamborghini from oblivion.

Patrick Mimran, only 24 years old, became president of the renamed Nuova Automobili Ferruccio Lamborghini SpA with two immediate goals: to certify the Countach for sale in the United States, and introduce a second model. De-smogging the Countach was left to Yas Rarewala’s Automotive Compliance Inc. in the States, and Rarewala shortly became president of Lamborghini North America.

The new model was in fact the old Silhouette, with a fortified chassis, an additional half-liter displacement and another styling tweak from Gandini. That was enough for a new name, and for that Lamborghini reverted to the old bullfighting theme. Jalpa—say Yalpa – refers to a region famous for its fighting bulls.

The Jalpa retained the Silhouette’s big, angular fender flares, its Targa-style roof and massive roof buttresses. Yet Lambo dropped the pretense of rear-passenger space; it replaced the absurd rear seat with a storage tray for the roof panel and made the Jalpa true two-seater. The engine compartment air scoops were reshaped and the nose was revised with a more prominent front spoiler. Simple turbine-vane 0Z wheels (15×8 front, 15×11 rear) replaced the telephone-dial rims from the Silhouette. In sum, the look was distinctive, chunky and muscular. Although both were mid-engined V8s, the blocky Jalpa look nothing like its contemporary, the comparatively wraith-like Ferrari 308 GTSi. With so many seams and edges, it would have surprised few if the Jalpa were to stand up like a transformer toy and turn into a robot.

The Jalpa uses the same suspension as its predecessors – struts and anti-rollbars, front and rear. Brakes, and naturally, were all discs, and the wheels were fitted with Pirelli P7’s.

One sits low in the Jalpa. The side sills are almost a chin level, and the high cowl eliminates any view of the flat, sloping hood. It’s like driving a high-performance foxhole. A poor view to the rear? Well, there’s nothing to see back there anyway…

The instruments are conventional round dials, but they sit in cubic, modular-looking pods. At least Bertone didn’t include phony plastic screw heads. The steering wheel obscures much of the instrument panel, including parts of the tach and speedo. The shift lever is longer than one expects, and its straight shaft moves in a machined shift gate like you-know-who’s, complete with a “racing” first gear, back into the left.

The Jalpa’s V-8 idles placidly, and below its torque peak there’s little power to be found. Custom headers enhance the 1984 Jalpa that is owned by Mimmo Valardo of Ossining, N.Y., combining with a little light Weber music and the whir of cam chains to compose in Italian goosebumps symphony. Relax, and the shifter flits easily between gears. It’s quickly obvious that the Jalpa’s handling limits are beyond reasonable exploration on a public road.

Alas, although Rarewala promised certification for the Jalpa shortly after its introduction in 1981, it didn’t come until 1986, when cars were converted to U.S.-spec in New Jersey. How many Jalpas went through grey-market channels in the early 1980s is not known, but Velardo’s proves that some did.

The Jalpa sold at a steady trickle in Europe, and the end came shortly after Chrysler took over Lamborghini in January 1988. Lamborghini had built 410 Jalpas when the car was dropped from the 1989 lineup, which was comprised of the twenty-fifth anniversary Countach and LM002. The Jalpa cost nearly as much to build, but sold at roughly half the Countach’s $100,000 price, so the little guy got bumped from the nest.

There ain’t no substitute for profit margin.

According to Haggerty, the price of a Lamborgini Japla in “good” condition is just under $100,000, this for a car that sold for half that–it’s 40 years ago now. That seems improbable, not the price but that when this article was written, the Jalpa was merely 12 years old. 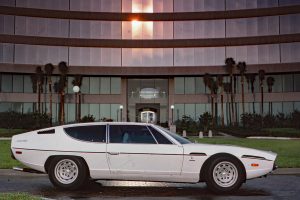 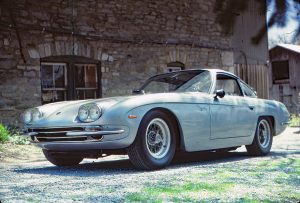 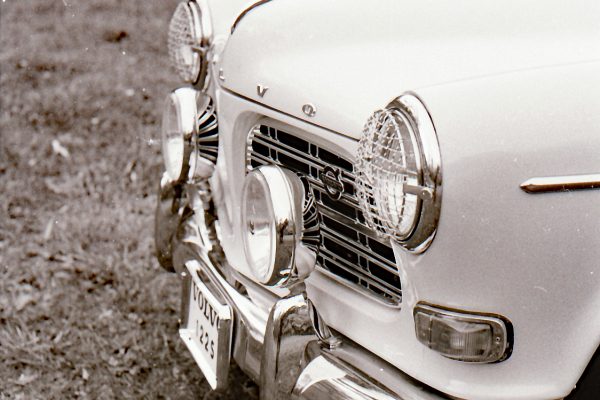 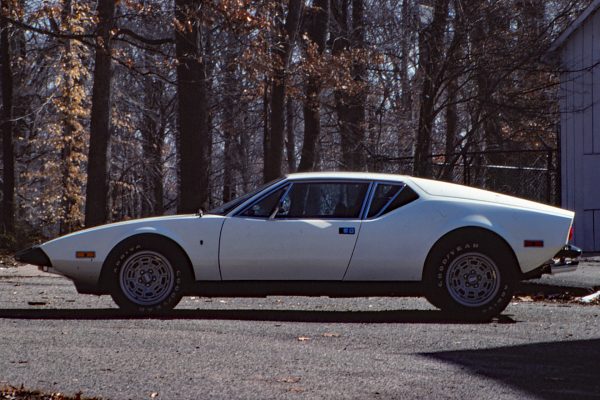