Summer nights are special magic, a sorcery that suspends time and makes déjà vu the common experience. A web of warmth and darkness and fantasy. The weatherman may say it is warm and humid, but anyone with a soul knows it’s not meteorology, but mood. A time to lower the top of a Maserati Ghibli Spyder and go for a drive. Ah, summer nights and convertibles.

Add then the ethereal: Make that convertible one of the most beautiful—no, sexiest—shapes ever to grace four wheels, color it Erogenous Red, and call it Maserati Ghibli Spyder. It’s a heady combination, seductive and intoxicating. They must have summer nights in Modena, too, and it must have been for summer nights that the Ghibli Spyder was made.

Between 1967 and 1972, Maserati made 2,400 Ghiblis. Exactly [or so they say]. Almost all were coupes, sleek two-seaters with a fastback roof. But 121 were summer night Spyders and, well, once you’ve seen the Ghibli Spyder, the coupe will never be the same. The hardtop suddenly looks like a tack-on extra, like one of those ’60 fiberglass tops guaranteed to make your TR-4 a genuine Grand Tourer. The Ghibli Spyder is that good.

The Ghibli is a Guigiaro design and it looks it. From trident to tailgate, it’s one broad, smooth sweep. A chrome bumperette frames the wire-mesh grille. Gentle creases delineate the edges of the hood and the subtle bulge at center hood is flanked by vents, adding accent to the expanse. Along the side, a character line flows from front window to rear where the kick-up over the rear wheels sweeps into the spread of the rear deck.

There is a ragtop, and anyone who has ever owned a Fiat Spider will find it very familiar. Fortunately, like the Fiat’s, it stows neatly under a metal lid. Best if it never, ever goes up. Take the Mercedes when it rains.

Under the steel and aluminum body work is a tubular steel frame, so it’s surprising that the Ghibli Spyder weighs in at close to two tons. That’s heavy, even for a car the size of a Corvette, particularly for the era. The front suspension is conventional, with unequal-length A-arms, coil springs and an anti-roll bar, but the rear is conventional to a fault: A live axle, and on leaf springs yet. Only trailing arms and another anti-roll bar keep it from being a Pinto look-alike underneath.

Anything but unsophisticated, though, is the 5.0-liter DOHC all-aluminum V-8 nestled under that long hood. Each cylinder has its own Weber throat: Carburetion is by four Weber 42 DCNF two-barrels mounted in a latticework manifold. If manifold is indeed the term for a device consisting of eight short curbed tubes connecting the carb throat to the intake port.

The engine is dry sumped with a 12-quart reservoir (with the specified 3,000-mile oil change, the oil only gets to run through the engine once). There’s another webbed casting cantilevered out in front of the engine supporting all the ancillaries from alternator to air pump and enough belts to run a turn-of-the-century machine shop. Heaven forbid one should break. Of course there are those black crackle-painted DOHC valve covers. Gave a pump jockey a thrill, just ask him to check your oil.

In Maserati tradition, the engine turns relatively low revs, at least considering its Italian origin. Reline is set at 5500 rpm. Because it doesn’t spin fast doesn’t mean it’s slow, however. Horsepower is 300-plus.

And instruments. There are enough gauges and warning lights to make an instrument landing at O’Hare. Here is just a sample: A big tach and a speedo that reads all the way to—really—200 mph. Oil pressure and oil temperature and oil pressure light. Alternator light and ammeter. And a riot of rockers in a row.

Now fire it up. The exhaust note is as heavy as the late afternoon air. It’s all V-8. The clutch is heavy and the ZF five-speed goes into first gear with a ka-chunk that’s almost audible.Ease away—barely touching the throttle does the trick. Shifting into second, or any other gear for that matter, is a two-step action:  ka-chunk into neutral, ka-chunk into second. It gets easier with experience—you can anticipate it—but it doesn’t go away.

As evening falls, you’ll surely impress a companion if the correct combination of levers and rocker switches to get the retractable headlights up and on, and the dash lights on too, all at the same time.

As darkness deepens, the summer night spell will grow as you head out on a winding highway, motoring topless. There’s little buffeting from the wind—some sedan with their windows down are worse—but you know you are in an open car. You smell every aroma of the summer evening, you feel every temperature change. Humping through the humidity, the four-cammer’s rumble becomes your over-the-shoulder nocturnal shadow.

Surprisingly, despite the weight and simple suspension, the Ghibli is capable of generating impressive cornering forces. The big convertible prefers long sweepers to flick-flick lane changes though. Almost anything with independent rear suspension short of a GT-2-prepped Datsun 510 will ride better over a bumpy road. But then, anyone who owns a Ghibli Spyder doesn’t have to drive on anything but the smooth lane.

Come to a wide spot in the road, and do what you’ve been waiting to do. Punch those eight butterflies wide open. You’re running on pure sound: An incredible exhaust accented by the sound of incipient tire squeal with intake noises thrown in for good measure—only by the time the you hear the intake noises, you’ve passed through them. It’s a solid wake of thunder, and you wonder about lesser cars you see bobbing their way through it.

Accelerate it will. You can violate the National Speed Limit in second gear. In third, you would bury a Joan Claybrook Memorial 85-mph Speedometer, but thank goodness it predates such nonsense. Zero-to-60 MPH is in the mid-seven second range, quarter-miles are 15 second affairs, and top speed, depending who you listen to, is between 150 and 170 MPH. If you dare.

If you don’t, get on the brakes. The big four-wheel discs happen faster than you can say Kustom Signals BR-8 Speedgun. With summer nights and this car, you’ll need good brakes. 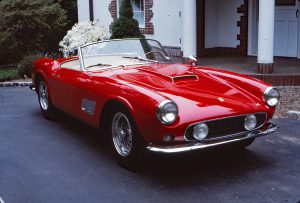 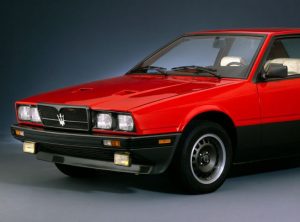 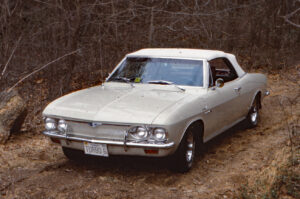 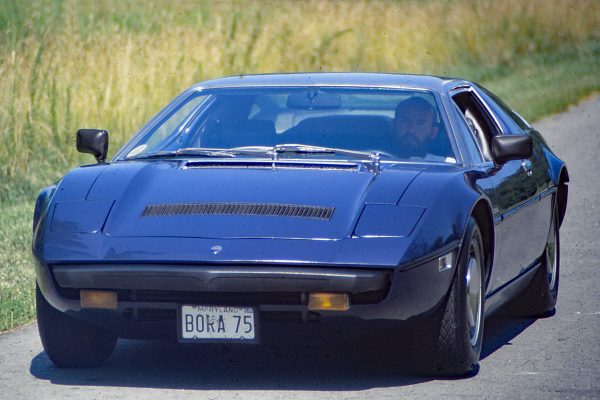 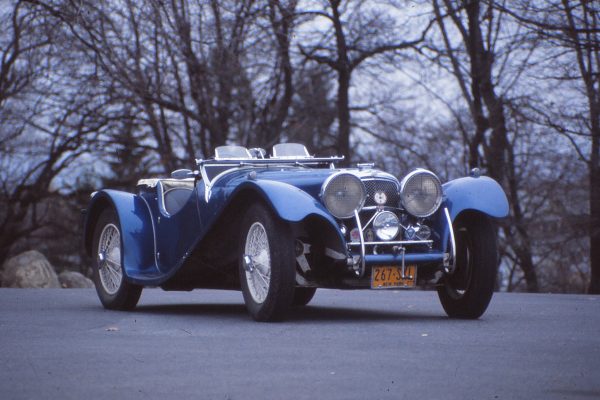 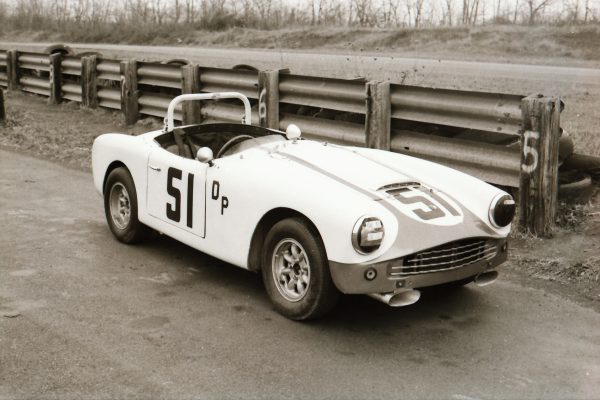