The Volvo 122S adds a few sporting features but, but by 1968, the design was getting tired.
The grille of the thVolvo 122-S is distinctive but lacks the diagonal bar.
The Volvo 122S has a American-style band speedometer.
The Volvo 122S is equipped with the Volvo B-18 engine, work 123 horsepower in standard trim.
The Volvo 120 series had a hint of tail fin.
The Volvo 122-S is, well, plain.
The 1968 Volvo 123GT could be identified by the rearview mirrors mounted on the fenders.
Volvo placed a "123GT" badge on the Volvo sedan for positive identification.
There's no doubt it's a Volvo.

By some strange twist of circumstances, the automobiles produced by one Swedish manufacturer have come to represent a group of people equally defined by alligators, ducks and plaids. This is, we are told, because these people respect a good value and admire the frumpy. They have therefore taken the Volvo to their hearts, and it being presumed that the sturdy Swede quite ably fulfills their automotive requirements.

And, for the most part, everyone else holds the same opinion of Volvos. Solid? Sure. Durable? Durn tootin’. Exciting? Excuse me, but I think I’d rather trim my toenails.

There was, however, a certain element of the Nordic character which has never really been ready to accept the mantle of stolidity which others would so readily bestow upon them. After all, one must remember the heritage of the Vikings, for whom pillaging and plundering was just another day at the office. And, more recently, it was the Swedes who did for the motion picture what the French did for the postcard.

Therefore, it should come as no surprise the Volvo would develop sporting variants of his sober sedans. To wit, the Volvo 122-S and to a lesser and greater extent (in number and sportiness, respectively), the 123GT.

Our story starts with the introduction of the 122 in 1956. It broke no new technological ground, but it was thoroughly up-two-date with unit body construction and coil springs on its independent front and live axle rear suspension. The 122, like the beetle-backed P-444 which preceded it, developed a reputation for sturdiness and longevity in a climate where even survival is a challenge.

Nor could the 122 be faulted for comfort. Four could be accommodated with ease and five up was no problem. The ride was acceptable and the heater got five stars. About the only thing which could be held against the 122 was an unfortunate resemblance to Chrysler circa 1955 and the meager 75 hp of the 1800cc engine in a 2500-pound car.

With Volvo’s predilection to long model runs, there wasn’t much that could be done about the appearance (other than the Frua-styled P-1800). But the performance of the sedan was something which could be remedied. Volvo was quick to replace the one SU single-throat carb with a pair of the same and with a few other changes, powered jumped from 75 to 95 BHP; later detail changes would bring it to an even 100. It was nothing that would earn the fear and respect of the hot rodders down the burger palace, but such was the stuff of the 122-S.

And for those who believed in zero-to-60 times of 16 seconds and 20-second quarter miles, the 122-S was perfectly adequate. In comparison to other offerings of the period, it was nothing to be ashamed of. But for those who wanted more, Volvo had the answer in its own competition parts department. Aftermarket speed parts also became available and, thanks to Volvo’s dedication to B-18 engine, have stayed available to those who would make their Swedes a bit more sporting.

Once such hard-core Volvo enthusiast is Jerry Sira of Fairfax, Virginia. Sira bought a new 122-S in 1967 and has since accumulated more than 100,000 miles on its odometer. The Volvo has also accumulated a few modifications over the years including, from Volvo competition, a high performance clutch and pressure plate and a big 1.125-inch front anti-roll bar. English-made Lumination electronic ignition and a Canon header with a custom 2.25-inch exhaust system make up the engine modifications, while i.p.d. street coils lower the car about 2.5 inches and have a rate about 20 percent stiffer than stock. The 15×5.5-inch wheels, by the way, are of indeterminate original. Sira acquired them from a California tire dealer not long after buying the car, and said the tire dealer has since gone out of business.

The Volvo 123 GT was the closest the Scandinavian firm came to a limited production run special until the Bertone rebodied 262C. If one wanted to be unkind, the car could be called Volvo’s way of dumping an oversupply of 120-series parts after 1966 introduction of the 144 sedan. More charitably, it was the culmination of the 122. What Volvo did was to pirate the 1800S parts bin to tart up to 122-S.

Perhaps the most important parts swap was the high-output 1800S engine, by the way of a 10:1 compression ratio, delivered 115bhp is 6000 RPM. Other changes included firm shocks and radial ply tires as standard (the 122-S came stock with bias ply). Special wheel trim rings, one each fog/driving light, fender (instead of door) mirrors, as well as a special fender badge, identify the 123 GT from the outside. A bit of trivia for Volvo spotters: ‘67 GTs have Lucas fender mount mirrors; ’68 have Bosch bullet-style fender mirrors.

The 123 GT also got a 1800-S gearbox ratios in an overdrive unit, and on the inside, a dash-top tachometer shaped like a can of soup augmented the band-type speedometer that Volvo designers had copied from the American dashboards of the ‘50s. Best describing the 123 GT’s character, however, was the provision of a dual electrical system. The “GT” is something of a misnomer. Volvo should have called it “Rally.”

Despite the FIA homologation papers on which Volvo solemnly pledged plans for 5000 units, only about 1500 were built – half in 1967, half in 1968. The sales brochure for the Volvo 123GT make claims as bold as the production prediction for the FIA: “The B18 engine has great power resources which are always available. Try it for yourself.”

So we did, putting both of Sira’s Volvos through their paces. Not surprisingly, they felt similar. The interiors had a “sensible-shoes” feel to them, with more practicality than flash. The seats are well up off the floor, and the shifter, a long lever, angles back in a very Alfa-like manner. The shifting is smooth enough, and though a tendency to mis-select gears was noticed, it seemed mostly a matter becoming used to the long stick.

What with the chassis mods to Sira’s 122-S, the biggest difference between the two cars was the additional kick of the engine in the 123 GT. Neither engine, however escaped its sturdy peasant origin. The SU carburetors make their characteristic sucking sound, and each pushrod announces its presence. It’s not the sound of a hot-blooded rush, but rather reliability and guts.

And it’s just that sort of thing that endears the mid-60s Volvo to its owner. The Volvo 120 sedans are subject one of the best-kept secret cults of automotive enthusiasm. Sira compares it to the Datsun 510 phenomena: the hardest part for restoration-minded enthusiasts is to pry one loose from some civilian who won’t sell it as long as it keeps running. And it does.

It may be as sexy as an old-fashioned European double-breasted suit, but one gets the feeling that John Cameron Swayze could strap one of these things to his wrist, and that after traveling the worst rally-type roads imaginable, both would be still be ticking. In fact, if memory serves correctly, Volvo ran exactly such an ad for the 142.

Which is exactly the type of sales pitch that appealed to ducks-and-gator set. Not that they would engage in many such shenanigans themselves, but durability was clearly an indicator of value. The only trouble is, says Sira, the new owners have no sense of history. More than once an owner of a 140-series has commented, “Nice car. What kind is it?”

The problem is how to explain. 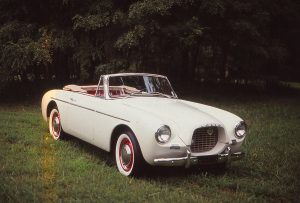 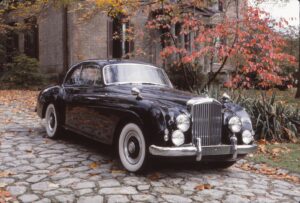 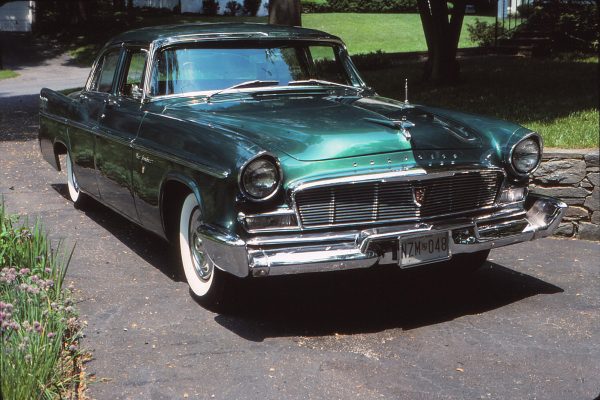 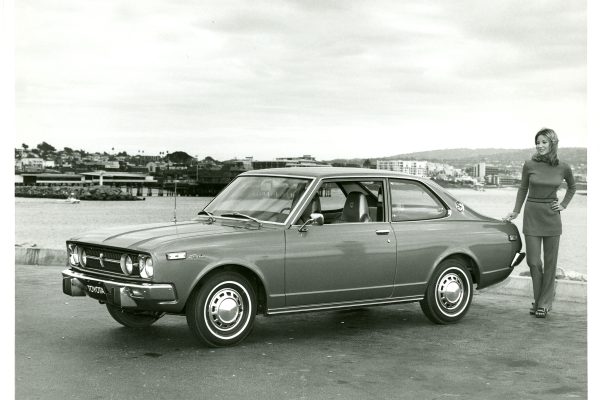