There are two Maserati Biturbos in the country, and AutoWeek has just driven one of them. It was a European production model and the trip was painfully short, but sufficient to prove that all the good things you’ve heard about the new baby Maser are true.

First of all, the “baby Maserati” appellation is dead accurate. The Biturbo, when parked alongside the Quattroporte, looks like a shrunken version of the four-door. The profile of the smaller coupe fits neatly within that of the larger sedan, and the grill/headlight layouts, though not identical, have more than a strong family resemblance. Even the dash in interior are similarly equipped.

Under the hood, the European two-liter is delightfully devoid of smog-control tubing, leaving fully visible the carburetor housing, perched beetle-like astride the banks of the V-six on intake manifold legs with chromed mandible tubing extending down to each of the namesake turbos hidden under the engine. The U.S. version, unfortunately, will not be quite so uncluttered, but will be of 2.5-liters displacement. The factory is currently road testing prototype federalized engines, and the word is that different gear ratios will be part of the U.S. version, a result of increased torque from the longer-stroke motor for the states.

The European Biturbo we drove, sent to the U.S. for testing under North American conditions, is equipped with corduroy-like fabric seats, though the American version will likely have leather upholstery. There’s a genuine backseat that for adults, but the basketball players in your carpool will want to set up front. The driving position is classic Italian, although not disagreeably so, being mitigated somewhat by a smaller steering wheel.

The drive: First of all, the engine is not isolated from the passenger compartment. It can be felt and heard, purring like some jungle cat at idle and swelling to a full-throated roar on acceleration, accompanied by a whistling from the turbos as the boost comes up. The engine winds smoothly, coming up on redline deceptively fast and with little apparent effort.

The Biturbo cruises easily at 120 km/h – about 75 mph – and 55 mph feels ridiculous. The turbocharger whistle disappears at cruise and the roar diminishes, but never completely goes away. The ride is firm and taut in the best sports sedan mode, and a steering responsive and precise, but our drive was much too short to fully explore the baby Maser’s handling.

Delivery of the Biturbo in the US is expected to begin in May or June, but the convertible edition has been put on indefinite hold. It seems neither the original Turin show car nor the second prototype soft top had the desired appearance, and with the demand so strong for the steel-roofed car, the convertible was put on the back burner.

Four-door Biturbos are undergoing European testing, however. With the price of the Biturbo expected to hold at about $25,000, Maserati can expect to sell everyone it makes, regardless of the numbers of doors.

An offer by Maserati America’s v.p. George Garbutt at a drive of one of the first two Maseratis in the U.S. did not go ignored. Maserati at that time was headquartered in Baltimore, and so was I, so I took time off from my day job for what Garbutt said was the first drive by a journalist in North America. The 1/3/1983 issue of AutoWeek also contained news of Colin Chapman’s death and a road test of the new 1983 BMW 318i, in Morocco. A little more exotic than the environs of Baltimore, but not, I might add, as exclusive as my “first drive.” Thanks, George, wherever you are. 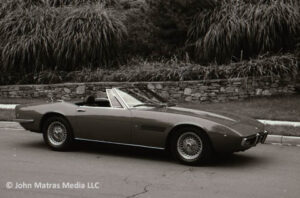 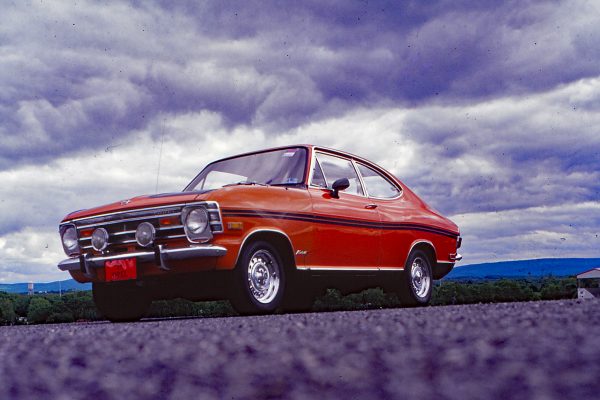 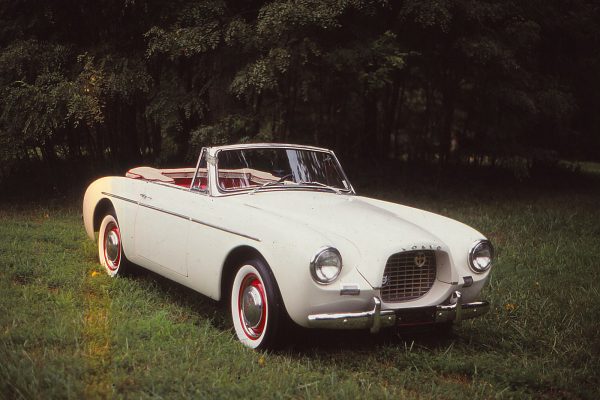